Got this from April’s blog: 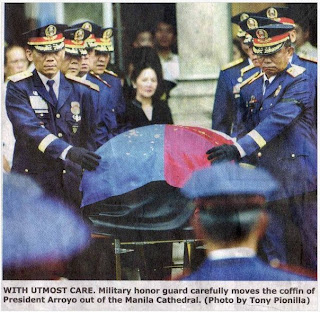 Funny or irreponsible journalism? Picture above was printed in Manila Bulletin, one of the biggest newspapers in the Philippines.

Now, who would be more insulted with this “slip”? Aquino or Arroyo? Nyahahaha.